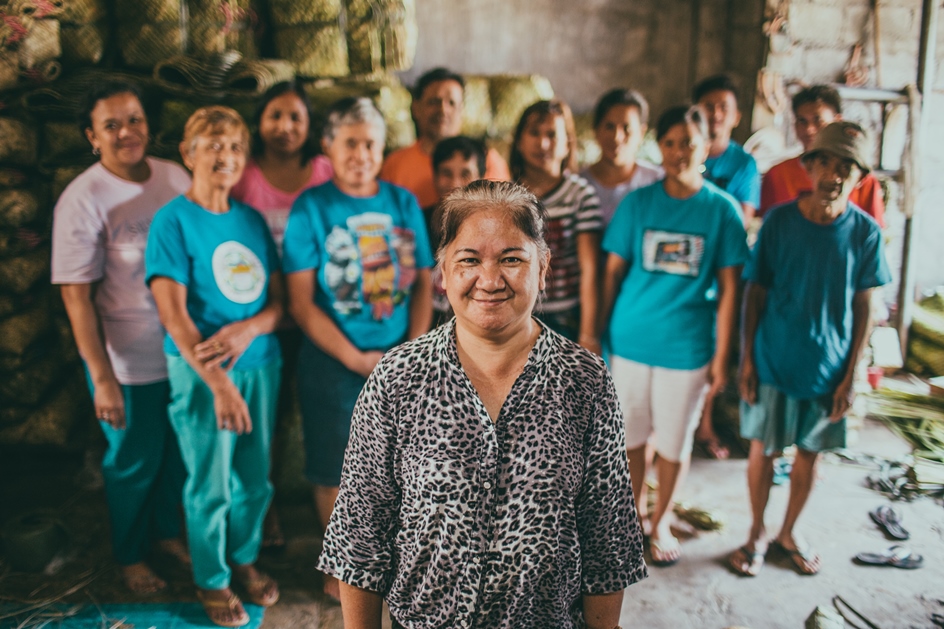 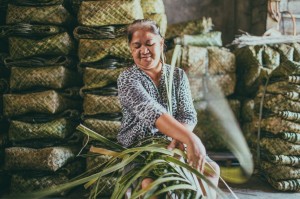 LIKE MOST people in Luisiana, Laguna, Nanay Purificacion “Puring” Tagulinao has grown quite familiar with the pandan tree all her life.

According to estimates, around 1,300 households in the small town derive their livelihood from the tree as planters, weavers, or handicraft makers.  It was through Nanay Puring’s partnership with TSPI, however, that opened up opportunities, not just for her and her family, but also for the entire community.

Nanay Puring grew up surrounded with pandan.  The palm-like tree grows abundantly in the fourth-class municipality, which is sometimes called “Little Baguio” because of its high elevation, cooler climate, and the zigzag road that connects it to Pagsanjan.  Her parents had been in the pandan weaving business for as long as she could remember.

“My father would buy the woven bags from weavers and sell them to walk-in customers,” said the mother of four.  “When I got married in 1980, I continued working with pandan.  My husband would go to Manila for work, but I didn’t stop.  It’s what I know.”

But in 2013, an ill-fated venture into retail nearly brought her and her family into financial ruin.  She set up a grocery store, but this also failed to prosper.

That’s when Nanay Puring found out about TSPI.  With her familiarity with pandan, the initial loan of P5,000 from TSPI, combined with hard work and people skills, her business began to take root. 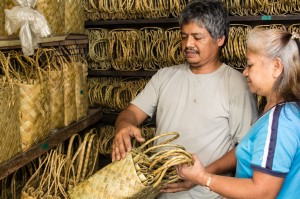 Her husband, Tatay Mario, is a key influence in the business operations.

With her husband Tatay Mario, Nanay Puring now makes regular deliveries to as far away as Navotas, Divisoria, and Pangasinan.  While woven baskets continue to be their bread and butter, they had diversified into hats, purses, mats, handbags, coin purses, and other specially designed handicraft.  She makes sure to reinvest at least half of her earnings to the business.

“This plant is a savior for many in Luisiana,” she said.  “Every day, I wake up at 5 a.m. to pick up baskets from more than 50 houses, some in remote barangays like San Roque and San Luis.  If I wake up late, someone will be knocking at my door.  They need the money for their daily needs.”

This also allows her to give back to the community.  Aside from the home-based weavers from whom she picks up finished wares, more than ten employees work at her store, which doubles as a workshop.  An expert weaver herself, Nanay Puring also conducts workshops on weaving.

“We have workers who were able to send themselves to school through weaving,” she said.  “After school, they would work here.  Without this, they would just sit around and do nothing.”

A TSPI business seminar also taught her to capitalize on her ability to offer impressive designs at half the cost.

At 55, Nanay Puring has no plans of slowing down.  In 2014, Nanay Puring won a Special Award for Innovation in the 12th Citi Microentrepreneurship Awards.

The photos were captured by Mr. Samuel Derwent Vincent, volunteer photographer and Creative Director at White Lane Studio (www.whitelanestudio.com).  Some photos were contributed by the Citi Microentrepreneur of the Year Awards program.