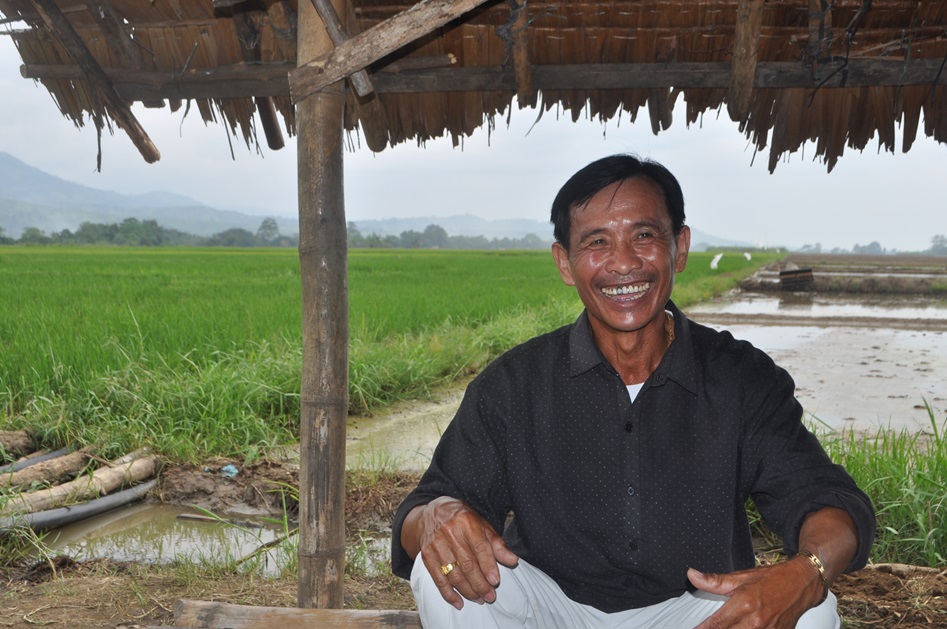 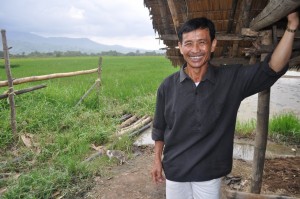 TATAY DANILO Flores of Valencia, Bukidnon barely finished high school and had no land of his own to till.  But because he was born to farming parents and taught the ways of the land at a young age of 12, there was no way he can escape his fate, which turned out to be sweet.

Since 2007, Tatay Danilo has been harvesting an average of 350 cavans of rice from the three hectares he maintained as a tenant.  Eventually, he became a landowner after getting an approval for a 30-year bank loan.

After he joined TSPI Programang Pang-agrikultura (TPP) and adopted its soil analysis program, he is now grossing 500 cavans.  He was also able to reduce the fertilizers he uses to only 17 sacks from the previous 28 sacks.

“Malaki ang binigay ng Panginoon sa inani ko, kaya nagpa-litson ako nitong huli (The Lord bestowed a lot of blessings on me and my harvest, so I bought roasted pig for everyone),” Tatay Danilo said during a thanksgiving party.

TPP offers rice production loan on a per hectare basis and provides borrower groups the needed funds for production.  Part of this livelihood initiative for client-farmers is the promotion of the Minus One Element Technique (MOET) of soil analysis, in partnership with the Philippine Rice Research Institute (PhilRice) and other agencies for training and skills upgrading. 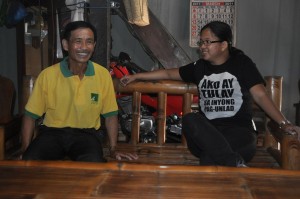 Tatay Danilo with Ms. Mylene Salmazan, TSPI's Planning and Business Development Manager, during a farmers' discussion about the benefits of the Soil Analysis program.

MOET teaches farmers the process of soil analysis:  from the collection and mixing of soil sample, to transplanting and reading the soil deficiency.  It emphasizes the importance of proper land fertilization, which helps mitigate the risks of rice farming and improves soil health and crop yield.

Along with the increasing well-being of the soil is the transformation of the life of Tatay Danilo, who is father to seven children and is TSPI center chief in his vicinity.

He came to Bukidnon in 1999 after being separated from his wife and with only P1,000 in his pocket.  His hardwork and innovation have borne fruit, as he is now the owner of a house and lot, a brand-new thresher, a water pump, two motorcycles, and three carabaos.

Aside from aspiring to go into livestock and fishpond-raising, Tatay Danilo also wants to renovate his house “para mawala man ako may pamana ako sa mga anak ko (so that when I’m gone, my children will inherit something from me),” he said.

The 54-year-old farmer and devoted member of the Pentecostal church wishes to see the same transformation in his fellow farmers.

He cites five successful farmer traits:  resilience, good interpersonal relationships, hard work, prayerfulness, excellence, and a sound body to persist and persevere.  For when there is positive change in the land, Tatay Danilo believes, a great difference in the lives of those who plough it follows.

This article was written by Ms. Katt Pascual, freelance writer.