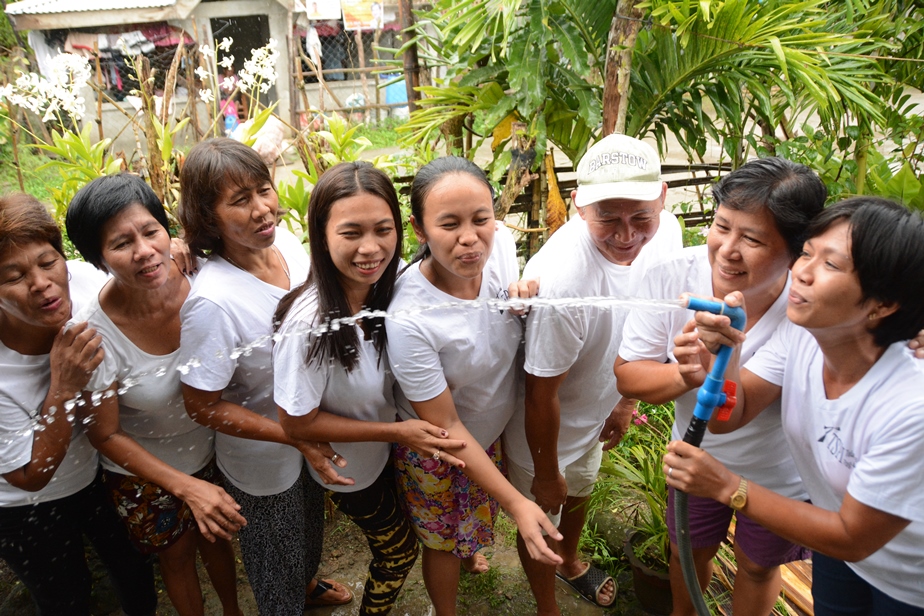 WHEN TYPHOON Glenda tore through Calabarzon in 2014, the province of Quezon was among the heaviest hit.

Nanay Gina Mernilo, a mother of three from the town of Macalelon, said the water system in their barangay was one of the casualties, and it made things very difficult for the already struggling community.

“Since then, we had to buy water,” she said.  “And for three pesos per container and five containers a day, that’s around P450 a month, which is too expensive for us.”

Nanay Gina or her youngest child, then 15 years old, would take turns carrying heavy water containers to their home.  The family would oftentimes scrimp on water to make the supply last.  “Sometimes we didn’t even want to take a bath anymore,” she quipped.

Nanay Gina’s backyard hog raising business, which she started in 2007 with the help of a P3,000 loan from TSPI, also suffered.  With water so scarce, keeping the pen clean became a challenge.

Things changed in 2015 when Nanay Gina became a pioneer client in TSPI’s Water, Sanitation, and Hygiene Project Intervention (WASH), which revitalized its existing Housing and Sanitation Loan Program.  After a quick market survey revealed that there is great demand for water and sanitation loans that branches have yet to meet, TSPI partnered with international nonprofit organization Water.org. 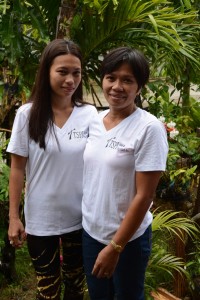 Under the project, Nanay Gina was able to avail of P20,000 loan, which she used to construct a water system.  She fortunately owned a parcel of land around 1.4 kilometers away in a location that is elevated enough to draw water.  The cement and the hose were turned over in December 2015.  The construction, led by a TSPI-appointed foreman, was finished after two weeks.

“It’s such a relief to know that you have unlimited water,” she said.  “Your movements are no longer restricted to the little water that you have.”

It is not just Nanay Gina who now enjoys a new water connection.  Her next-door neighbors, all TSPI clients, also benefit from the handy and affordable source of water.

One of them is Nanay Naidel Astrera, who taps into the line from her house in a remote sitio of the barangay.  At about the same time the water system was installed, she availed of a similar P20,000 loan from TSPI under WASH to construct a toilet.

“My children are very young so having our own toilet is very important,” said the mother of two.  “It’s more sanitary, safe, and convenient.”

Nanay Naidel, who also raises hogs in her backyard, said they used to either go to her mother-in-law’s house to use the toilet or just defecate in the open—something that she doesn’t want her children to get used to, like most kids in their community.

“I’m very happy because my children can go anytime, even at night,” she said.  “That sounds like a trivial thing, but to a mother, that means a lot.”

Encouraged by stories like Nanay Gina’s and Nanay Naidel’s, TSPI has high hopes for its WASH project.  In 2016, the project was able to reach 3,217 beneficiaries by helping them improve their toilets and water connection.